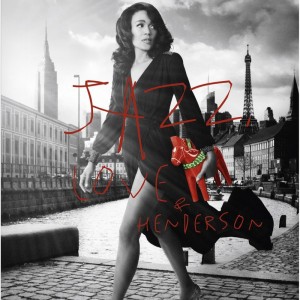 Caroline will be most probably very soon an international star. Born in Stockholm, Sweden as the daughter of an American Jazz drummer, grown up in the USA, lived later in Paris and is now in Copenhagen a big star. She started as disco singer but for some years now she is entertaining us with (in the best sense) old fashioned Jazzpop a la Shirley Bassey. Her new album contains only originals by her and in every song some reminiscenes of James Bond, Henri Mancini and others are popping up! Great to listen - great to see. Soon she will play in only big concert halls!!! This album is the next step forward in her career.